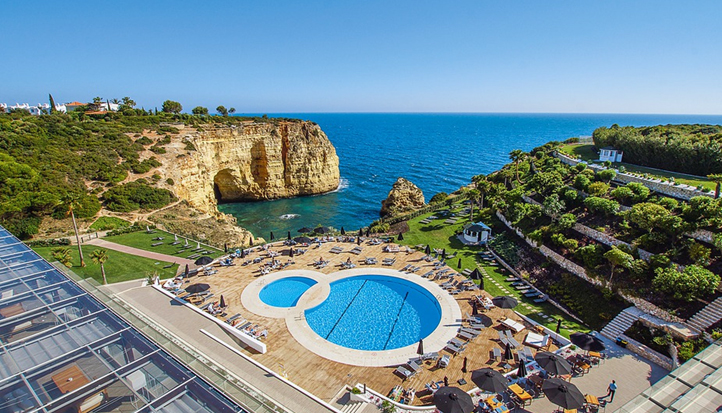 In total, Portugal received 39 awards, and in addition to the award for Best European Destination, Lisbon was awarded the Best Destination of City Break and Best Cruise Port, Madeira was elected the Best Insular Destination, the Passadiços do Paiva were considered Best Tourism Development Project and Dark Sky Alqueva received the European Prize for Responsible Tourism.

These awards reinforce Portugal’s international recognition as a tourist destination, demonstrating how the country is at the top of international tourist preferences and how it has become a must-see and irresistible local of visit.

The south of Portugal, particularly the Algarve region, is one of the busiest areas of Portugal during the summer months, due to its unparalleled beauty and diversity. Discover what to visit in Algarve!

Being Portugal the Best European Tourist Destination, nothing like knowing all its corners! Alvor is one of the oldest and picturesque village in Algarve, linked to fishing activity since ancient times.

In the village, visit places like Misericórdia Church, Alvor beach with its footbridges, the municipal market and the mouth of Alvor river, where you can admire birds of various species.

If you stay in Albufeira, whether in an apartment or in a private villa, you can visit the best beaches in Algarve! Albufeira covers approximately 20 km of stunning golden sand beaches, such as Fisherman’s Beach, Oura Beach, Galé Beach, Barranco das Belharucas Beach, Falésia Beach or Salgados Beach.

Likewise, if you stay in an apartment in the marina of Albufeira, you will have guaranteed entertainment with all the restaurants, bars and shops located there.

3.     Sagres, the most southwestern village of Portugal

Sagres is one of the Algarve villages that arouses greater interest, being the most southwest point of Portugal.

In this area, you will find two must-see points: the Cabo de São Vicente, considered as natural reserve in 1988 given the high number of species that inhabit in it, and the Fortress of Sagres, built in the middle of the fifteenth century. Inside the fortress, there is also the Church of Nossa Senhora da Graça.

The Ria Formosa Natural Park covers about 60 kilometers in length and more than 18,000 hectares in total, with a significant biodiversity.

This natural park is the most important wetland of the south of Portugal, being made up of several islands, canals and swamps that undoubtedly deserve your visit!

If Portugal is the Best European Tourist Destination, there are no excuses not to visit the country from north to south. Now that you know what to visit in Algarve, come to the region and enjoy the best that Portugal has to offer!

Why book holiday rentals in Algarve at My Portugal Experience?

5 apartments in the Algarve for your next vacation!

4 tourist apartments in Algarve for a dream weekend!